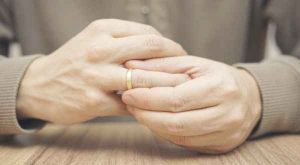 As per the global pattern, individuals seek marriages as a way to settle down. They find marriage as a safe option which will provide them with a lifelong commitment from another human being rendering them a support system. However, with growing number of marriages, there is an unprecedented growth observed in the divorce rates globally. For instance, although the exact numbers are debatable, it is clear that a high percentage of marriages ultimately end in divorce – sometimes fairly quickly and other times after many years of being happily married. For something that is supposed to last a lifetime, the fact that many marriages ultimately end in separation is alarming. But why is that the case?

There are several aspects which provide us with reasons behind the divorces. They range from incompatible personalities, financial strain and various other reasons pertaining to intrinsic nature of human beings.

The problems relating to compatibility rise when the conjugal roles demand a certain level of decision making in household issues. For instance, the likes and dislikes can, at times, appear to be completely contradictory to each other personalities. Moreover, issues relating to cultural differences also emerge in cross-cultural marriage.

Another issue which is quite important is the commitment. As marriage is an agreement which is based on shared interest and mutual trust, it also demands a high level of trust which each partner needs to maintain. For example, a partner is expected to be loyal throughout his or her life to the spouse. He or she must not digress certain limits, for example, infidelity in the form of having an extra-marital affair with another individual. The is one sacred clause of marriage which each partner has to uphold. As people go about their lives, they interact with different individuals at work places, shopping malls etcetera. In this way, they sometimes get attracted to other people and this often has repercussions in the form of divorce.

In households which are dependent mostly on one partner’s earning, a financial issue starts to emerge and cause rift between the relationship. Taxation, health insurance and other expense make the relationship more stressful as individual are only running to support the lifestyles and the intimacy in the relationship is sidelined. This eventually leads to a natural distance consequently causing a divorce.

Furthermore, in the contemporary and modern societies, individuals have become more career oriented. They tend to invest their time and other resources to establish their careers which naturally results in negligence in a relationship. A couple in which both the individuals show a lack of interest, a divorce is an obvious outcome, and it is at times a smooth parting of ways. However, a marriage where a lack of interest is demonstrated by one partner, this makes the other partner more insecure leading to a toxic and unhealthy relationship. Domestic abuse and drug or alcohol addiction is very common in such partnerships. A divorce is usually a way out and a most probable consequence.

Despite of the circumstantial aspects among the others as discussed above, some couples also suffer through a loss which causes a divorce. For example, in a closely knitted family, a loss of child can be catastrophic for the marriage in itself. Couples usually are unable to stay close because of the trauma and develop proclivities resulting in parting of ways.

In whole, divorces have become very common, and a natural outcome of an unhappy marriage.